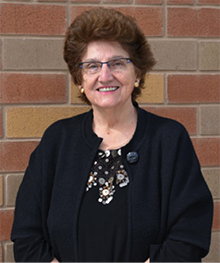 In 2014 the National Association of Federal Education Program Administrators celebrated its 40th anniversary. That means four decades of helping and supporting local school districts across the nation with their understanding and implementation of federal education programs. This is the story of those 40 years undefined from NAFEPA’s humble beginnings as a small association of educational leaders to its present status as a major player in the educational circles of Washington DC and the nation.

NAFEPA’s beginnings in 1974 resulted from discussions among a group of educators who were involved with what was then called Compensatory Education, a name for Title I of the Elementary and Secondary Education Act of 1965 (ESEA). The group was interested in finding a way to merge its state and regional education groups that were dedicated to supporting disadvantaged children into a national organization. They were interested in understanding more about the legislation, the programs, and funding. Most of all, they wanted to make sure that programs were continued for assisting the students that were most in need.

Today, as we consider the long range implications of those talks and how they led to the creation of an organization that has existed for nearly four decades, we find ourselves asking some questions. Who were these visionary leaders that planted those seeds? Which states did they represent? Could they possibly have realized that the NAFEPA we know of today would emerge from their talks? These are the folks we need to thank: Ralph Steffek and Jim Linderman from Michigan; Virginia Brown, Kurt Lile and George Perry from California; and Wilbur Gerst from New York. The current NAFEPA organization owes a great debt of gratitude to these “founding folks,” and we have kept the name of Ralph Steffek with us in the name of a distinguished award that we present each year. Those six educators were intent on keeping Title I and ESEA moving along for the benefit of children. They realized that increased visibility from the field was important in the place where it mattered the most undefined Washington DC. They believed that a unified voice from states and districts, small and large, was what was needed in the nation’s capital.

The first gathering of the new organization was held in 1974 in San Francisco, California. A name was selected for the group, and it is the name we still use undefined the National Association of Administrators of State and Federal Education Programs with NAFEPA as the acronym. The first president of NAFEPA was the New York representative, Wilbur Gerst. The first states to affiliate with NAFEPA were New York, Michigan, California, Colorado, Florida, Rhode Island, Texas, Louisiana and Pennsylvania. NAFEPA is indebted to past president Carley Ochoa for her recollections of those early years. In a paper written for the 20th anniversary in 1994, Ms. Ochoa stated the following: “In those early days, NAFEPA’s representatives met and worked with Carl Perkins who chaired the full Committee on Education and Labor in the House of Representatives. They also met with John (Jack) Hughes, Compensatory Education Director for the Office of Education (Health, Education and Welfare), as it was then called. John (Jack) Jennings, a longtime friend of NAFEPA who served as General Counsel to the House Committee on Education and Labor, became a regular fixture at NAFEPA gatherings.”

Jack Jennings has continued his support of NAFEPA through the Center on Education Policy that is based in Washington DC. He is now an Honorary Member of NAFEPA.

NAFEPA grew over the years, and in 1985 the organization changed from a loose affiliation of federal program administrators to a more efficient structure with an executive director. Stan McFarland, formerly with the National Education Association (NEA), was hired to lead NAFEPA into its next phase of existence. The reauthorization of the Elementary and Secondary Education Act (ESEA), named the Hawkins-Stafford Act, took place in 1988. Representatives of state agencies, local education agencies, non-public schools, parent groups, local school boards, and U. S. Department of Education staff worked together to develop and modify regulations. Five NAFEPA members representing local districts participated on this Negotiated Rulemaking Committee.

In 1994, NAFEPA was once again active with the next reauthorization of ESEA that became known as the Improving America’s School Act. NAFEPA continued with reauthorization efforts beginning in 1998 that resulted in the 2001 No Child Left Behind Act. The organization has continued to assist its members with program improvement by staying at the forefront of legislative changes and assisting with the dissemination of information related to effective instructional practices, curriculum and professional development. This leadership continued into the 21st century.

Throughout the years, NAFEPA has enjoyed excellent working relationships with leaders of the U. S. Department of Education, especially the directors of Compensatory Education/Title I/Programs for Disadvantaged Children, later referred to as Student Achievement and School Accountability. The dynamic leaders included Mary Jean LeTendre, Joseph Johnson, Jackie Jackson, and Zollie Stevenson.